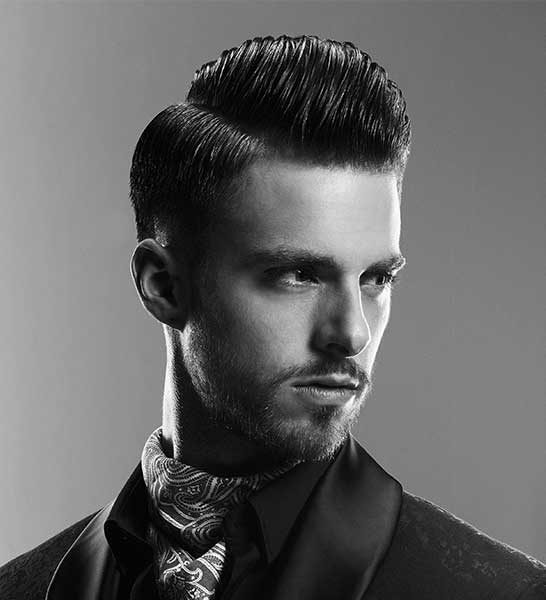 Over the years, I have participated in different cutting courses and events both in Denmark and the UK to develop my skills as a hairdresser and barber.

Mad Men! The style from the 1950-1960s is classic, elegant, cool and masculine all at the same time. Trendsetters like Johnny Cash and Elvis Presley have also played a role in my work- the way they cared about their appearance was fantastic.

For my look I used Daily Moisturizing Shampoo, blow dried with Alternator and finished with Grooming Cream.